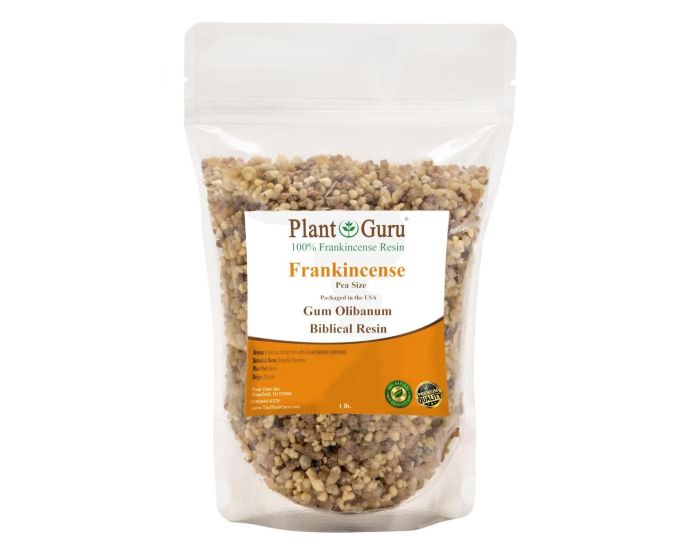 Details
Frankincense and the oil produced from it has been known for its healing powers and its ability to improve communication with the creator in the Middle East for thousands of years before it was made a gift of to Christ by the Magi. There are over 52 references to it in the Bible. Egyptian records show a great many references to it including its use in cosmetics, perfumes and as an embalming agent. The Chinese used it as part of a treatment for leprosy. Grown predominantly on the Somali coast and parts of the Arabian Peninsula, the resin is obtained by making deep cuts in the trunk of the tree lengthwise. Below this incision a narrow strip of bark is peeled off allowing the sap to run out, and as it touches air it begins to harden. It takes approximately three months to harden into the yellow "tears" that we are used to seeing will be sold at market. The sap is gathered from May until the rain showers start in September.

PRECAUTIONS - Specific: Not for use in pregnancy except under the supervision of a qualified healthcare practitioner.General: We recommend that you consult with a qualified healthcare practitioner before using herbal products, particularly if you are pregnant, nursing, or on any medications.For educational purposes only This information has not been evaluated by the Food and Drug Administration. This information is not intended to diagnose, treat, cure, or prevent any disease.